Staring Down the Cut 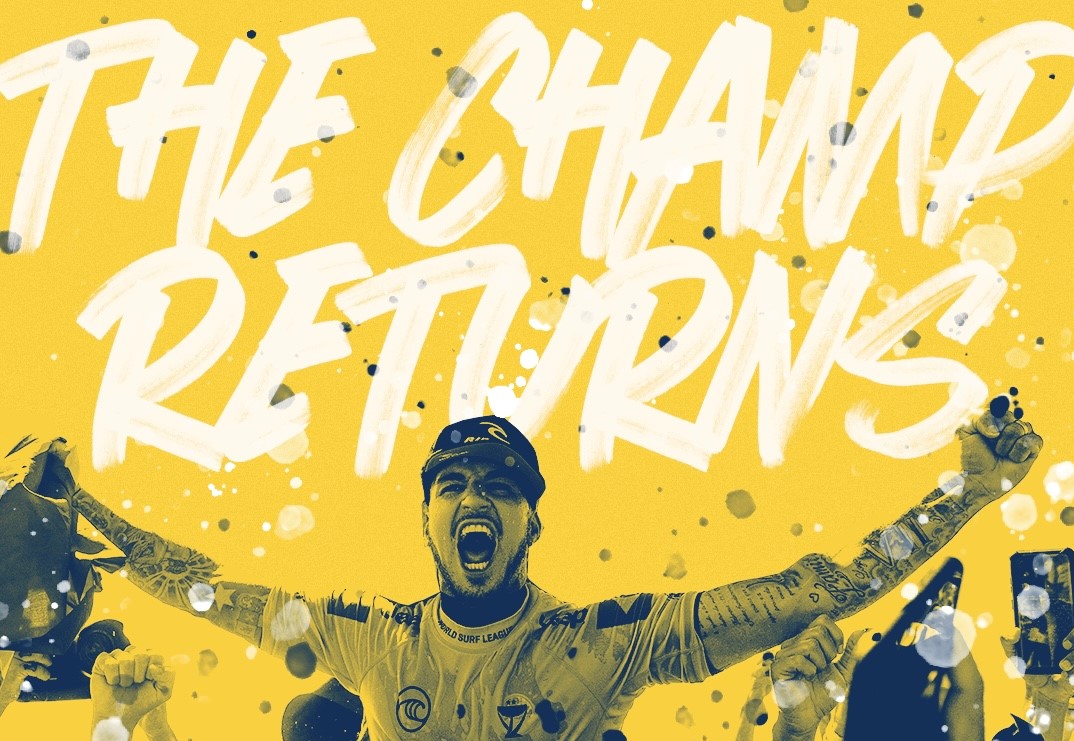 Staring Down the Cut

If you’ve had anything to do with professional surfing during the last fortnight, you’ve no doubt heard some static around ‘the mid-season cut’.

Depending on who you listen to, opinions about the cut range from it being an overdue efficiency strategy, a clever device to increase drama, or an outright injustice.

Regardless of how you or I feel about the changes, they’re coming. The WSL isn’t backing down, and the final pre-cut Championship Tour (CT) event is due to start tomorrow.

Rather than add more kindling to the subjective flames, this piece will try to objectively explain the changes to the tour format(s). Basically, cut through the bullshit, if you’ll pardon the pun.

When the WSL first looked at making changes to the tour (way back in 2020), they weren’t just looking at tinkering with the CT or re-introducing the failed mid-season cut from 2011. With ‘integration’ at the forefront, the WSL wanted to make several overlapping changes:

Each of these changes comes with its own specific purpose and role within the larger process.

Let’s start with the basics: the top 34 men and 17 women (plus wildcards) started their 2022 season at Pipeline. For the entirety of the season, the men’s and women’s tours are fully synchronised, with every event crowning both a men’s and women’s champion.

Ordinarily, surfers would compete the full season, drop their worst two results, and finish with a year-end ranking. If they were ranked 1st after their best 8-of-10 events were scored, they were crowned the world champion. If they were in the top 22 for men or top 10 for women, they kept their place on tour for the following year.

Those who fell below the end-of-season rankings requirement were ‘cut’ from the tour to make way for new qualifiers. The ten new places were filled by the top 10 men and top 7 women from the Qualifying Series (QS). Surfers on the cusp of being cut either relied on QS results to re-qualify or re-joined the QS full-time the following year (or retired from competitions).

This year, surfers will face the qualification cut-off point much earlier. After the first 5 events, surfers will be ranked according to their best 4 scores (dropping their worst result). To stay on tour for the remaining 5 events, the men must be placed within the top 22, while women must be inside the top 10 (like the previous year-end cut). Make the mid-season cut, and you get rewarded with a guaranteed place in the remaining 5 events AND a place on tour in 2023. Do well enough within those last 5 events, and you also get a shot at the finals event at the end of the season.

This change reduces the remaining tour events across the second half of the season from 36 men and 18 women to 24 men and 12 women, including wildcards. The WSL claim the reduced numbers will make sure that “events can run within the most optimal swell cycles at locations like G-Land and J-Bay, as well as ensure that the stars of the sport meet head-to-head more frequently”.

This makes sense. This ‘trimming’ of the tour will make things considerably more efficient. With men’s and women’s tours combined, the WSL previously needed 70 heats run to decide the two event winners. Under the post-cut format, they will need only 46. That reduction removes an entire round from each contest and makes it entirely possible to crown both champions within the space of a 3-day swell window. To put it another way, we’re looking at around 28 hours of heats across men’s and women’s combined events, compared to the previous model that took 41 hours.

Time isn’t the only efficiency provided by the new format. The old model required 16 men’s and 8 women’s (3-person) heats to run over the first two rounds, eliminating only 4 men and 2 women in the space of two full days of competition. The new format will still require 16 and 8 heats across those rounds, but there will be double the number of eliminations (8 men and 4 women) and half the number of 3-person heats (as all round two heats will be one-on-one in the new format). Round two is suddenly much more cut-throat, and significantly more combatant (no soft 2nd-place ‘wins’).

The post-cut tour is also more ‘dramatic’. The reduced number of athletes and heats will increase the chances of big-name surfers going head-to head, a factor that the WSL is counting on. The drama extends also due to the importance of each result, with ALL events after Margaret River counting towards the surfers’ final points and ranking. That’s right, surfers are not allowed to drop ANY results after Margaret River. Consistency will be key, and every loss will be pivotal.

After 10 events (with 9 counting towards their total), there is another cut (of sorts). The top 5 men and women are invited to compete in an exclusive finals event at Lower Trestles in September. The higher your ranking, the fewer heats you are required to surf, with the top-ranked surfer potentially only required to surf two heats. The winners of these finals events will be crowned world champions.

Four Tours to Rule them All

It’s important to place the mid-season cut changes within the broader context of the surrounding tour structures.

Traditionally, surfers would save their money or, if they were lucky, get paid by their sponsors to do ‘the QS grind’. The QS process was so named because, unlike Rabbit Bartholomew’s Dream Tour vision a few decades ago, the Qualifying Series events do not necessarily feature the best surfers in the best waves. In fact, many of the low-rated QS contests feature surfers unheard of outside their local community in waves that are more of a nightmare.

The QS events are graded in terms of prize money and qualification points. They range from QS1,000 events to provide a foothold into the bigger events, all the way up to QS10,000 events that were held at premier venues and required a higher QS rating to even get an invitation. Low-ranked surfers would need the points gained from the smaller, regional events to even get a look-in for the events that truly launched you into contention.

The bigger QS events often feature CT surfers who were taking an each-way bet on their qualification chances, making it even harder for up-and-coming athletes to get a spot in the draw, let alone a win. That said, well-ranked surfers could, if they backed themselves, surf exclusively in the big QS events and still qualify for the tour.

Once you join the QS grind, you soon discover that the waves generally suck, the draws are filled with 4-person heats, the prize money is minimal, the schedule requires constant travel, and, most importantly, that talent doesn’t always equate to success. In fact, the QS generally rewards surfers who can grovel in small, crowded conditions, but provides little scope for recognising surfers who excel in larger waves or ‘Dream Tour’ conditions.

For all its flaws, the QS is a necessary process; it provides a pathway for surfers to have a shot at the tour. It’s an important role, but rarely anything to be celebrated on its own merits.

The changes from the WSL sought to address some of the issues inherent within the qualifying process. The QS would still play a necessary part of the process within the qualification progression, but with a few changes to remove some ‘grind’ elements.

Firstly, the QS went regional. In fact, it splintered into 7 separate tours, with each ‘region’ allocated a set number of places into the next tier of competition. The 2022 Challenger Series (CS) will accept the following surfers from the following regions:

The regional fracturing eliminated concerns about international covid protocols and lessened the expenses associated with chasing a QS3000 event on the other side of the globe. Now, if you can do well in your own backyard, you can earn a place in the CS.

It’s shorter, too. The old QS process was virtually a year-long slog, with little rest between events unless your ranking was high enough to skip the minors. This year’s Australian/Oceania QS leg, for example, ran from February to April. Joel Vaughan, the region’s #1 ranked QS qualifier, surfed 6 events across 7 weeks, most of which were in driving distance of one-another.

That’s not to say that there aren’t flaws in the new QS model. The waiting periods are still tight, and therefore the waves are often poor, the prize money hasn’t improved, and the format is still reliant on having 4 surfers in the water at a time. The changes still represent a (small) step in the right direction, though, and we have to recognise growth when it occurs.

The Challenger Series (CS) is the newest addition to the qualification family, representing the bridge between the QS grind and the CT dream. Each event is held at a break that was either a QS10,000 venue or former CT site. The hope is that the CS will represent a style of contest that presents better surfers in better waves, with better prize money, and a direct shot at CT qualification.

CS events are still like the QS in that they have a large field of competitors (96 men and 64 women). Where, you may ask, do all of those surfers come from?

For those keeping count, you’ll notice that the regional QS allocations only account for 58 men and 44 women. That leaves 38 CS places for the men and 20 for the women. These are filled by the 34 and 17 (respectively) full-time CT surfers on the men’s and women’s tours, as well as 2 World Junior wildcards for both divisions, and some wildcards. Any unused CT spots (probably the surfers safely inside the cut) will become extra wildcard places, given at the WSL’s discretion*.

The WSL has scheduled the CS to start after the mid-season cut so that surfers are fully aware of their CT qualification status before it begins. The scheduling of the events has been arranged so that there are no clashes between CS and CT events. The WSL is hoping to bring more focus and engagement to the CS as a stand-alone tour, as well as a genuine ‘road to qualification’ story. This will all tie in nicely with the WSL’s new Make or Break series that’s about to air on AppleTV.

So, at a glance, the new qualification process looks like this:

The message from the WSL regarding the new tour format(s) is that it’s all about integration. Each qualification drama will flow seamlessly between the four tiers of competition as surfers rise and fall on their tour ‘journeys’.

It may not be perfect, as the tour surfers seem keen to point out, but it’s at least addressing some issues within the old model. And, if it doesn’t work out, at least it should make for good television.