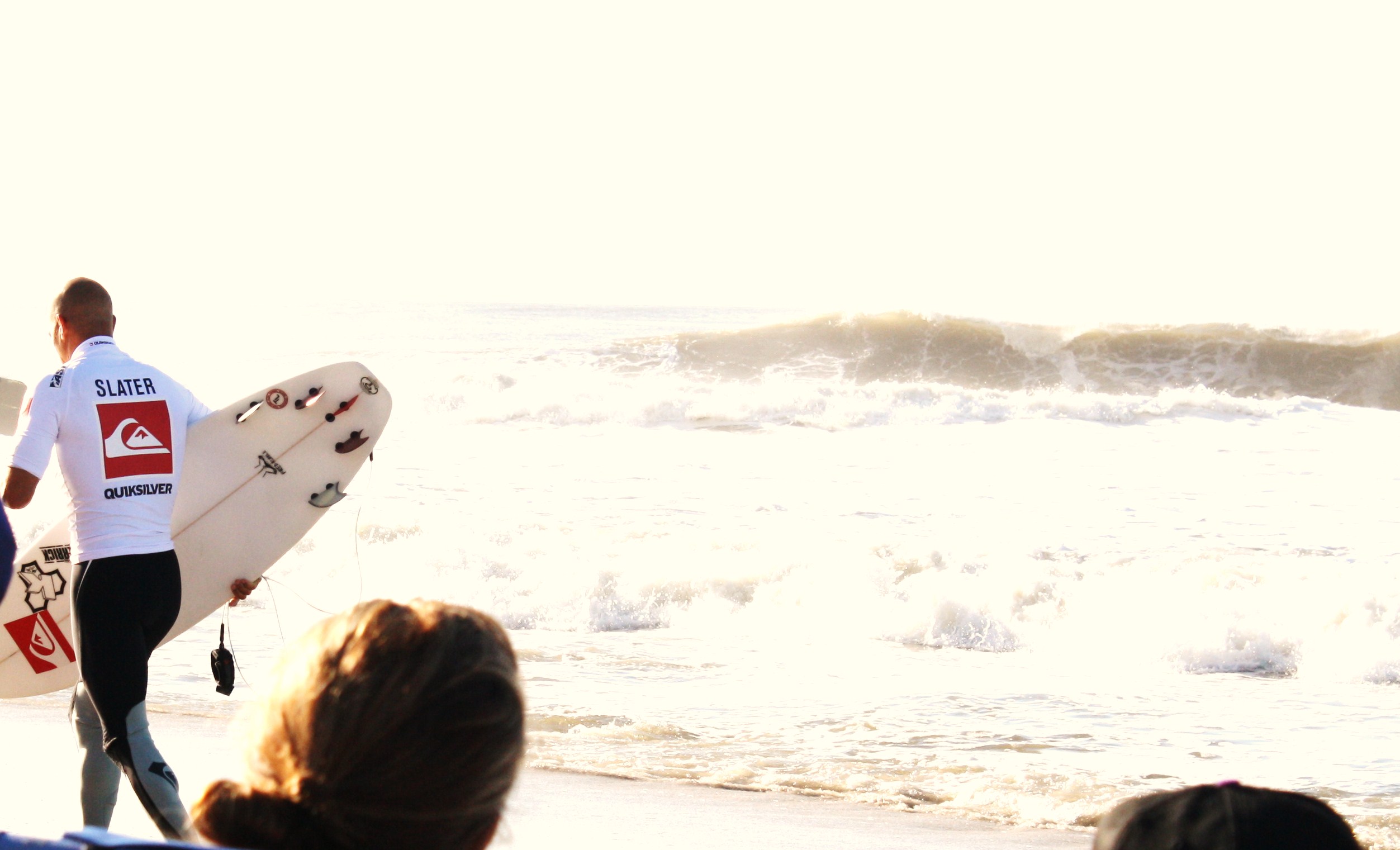 Posting this on the morning of a Men’s QF draw that no one expected to see.  We didn’t favor any of the rookies except Matt Banting in this one, mostly because of unproven CT skill set.  But we did offer in our bold predictions of Rookie Reviews that Wiggolly Dantas would be in the top 15 at years end and that Italo Ferreira would post at least a R2 upset before the Rio Pro.  Both those predictions seemingly less bold now, eh?

The QuikPro this year has been an outstanding example of what happens when you get comfortable at the top.  We aren’t here to take away from anyone’s surfing performances, but guys like Kelly Slater, Josh Kerr, and specifically Joel Parkinson (who we – and likely the masses – projected into R5) got stunned in R3 by three young Brazilians who came to rock the CT.

Australians and Kelly have dominated the Gold Coast event until last year, when it was taken by Brazilian Gabriel Medina.  Given their local fan-base and wave knowledge, it’s easy to see why they’ve been able to post heavy win percentages in the past.  Joel Parkinson, in all his years at the Gold Coast, has never lost in R3.  Kelly Slater has seen his share of R2 losses, but never to a rookie in their first CT event.  Josh Kerr performs his best in AUS, posting a 13.5 AHS and his highest Heat Score of 19.1 in Australian events.  These guys came in expecting to win.

That “let’s get R3 out of the way” attitude certainly won’t be admitted publicly, but let’s face the facts.  3 of the CT’s top 10 regular-footers are going up against the lowest seeds , two of them in their first events as rookies with no prior event experience at the location and all three riding goofy.  With the endless span of lay days, it’s easy to lose focus if you expect to win.  These young Brazilians may have shocked the surf world, but not themselves; they came to play.

Since Adriano de Souza’s rookie campaign ten years ago Brazil has shown their trademark work ethic.  They take nothing for granted and historically, have had limited sponsorship fallbacks; they needed the tour to survive.  Kelly? Parko?  Yes they’re competitive, but they don’t have the same hunger.

Work ethic can only take you so far, though.  Until recently, putting in the time and efforts to become a great surfer in Brazil took a toll on personal resources.  Brazil’s economic resurgence has helped potential surfers spend more time in the water and dedicate themselves to the sport.  What we’re seeing now is the fruits of that labor – an expanded talent pool that has retained the same hunger and drive as the previous generation.  They are technically sound, they know what the judges want and how to compete.  They milk every drop from every wave that comes their way, and that’s scary for a CT upper echelon that’s been comfortably nestled for some time.

Kelly, in his relative golden years and ever-political, is able to mask his feelings (trust, they are there) and take such losses in stride – a trait that’s kept him likable for so many years.  But even he seemed blindsided by Italo Ferreira in R3, paddling in and trading out boards with just 8 minutes to go.  Parkinson’s frustrations were even more evident in the water, letting a gray area interference call disrupt whatever flow he struggled to muster.  He got verbal with Wiggolly Dantas, then in his post-heat interview Parko tried to blame everything under the Aussie sun: the waiting period, the lack of waves, the judges and the interference call, the tour in general.  This is a guy we’ve seen keep his cool under the most vicious pressures, and he had a very hard time accepting such a loss.  Who could blame him?  Who saw this coming?  Brazil did.

Where does it go from here?  Well the way we see it, our projections need a new weight for the rookies on tour, and that will happen once we know how the dust settles post-event #2.  We’ll need to see how the Bells heat draw plays out and how the longstanding upper echelon regroups.  Will Parko refocus and channel his frustrations into wins?  Or will this start a downward spiral of tour criticisms that lead him closer to an exit door?  One thing’s for certain, Brazil won’t be bullied around, and we can’t wait to see the crowd in Rio.