So,  Flores eh?  I didn’t see that coming,  did I?  The beauty of the WSL Fantasy Surfing is that each new contest provides a fresh start,  a new opportunity,  hell,  a shot at redemption.  Regardless of how your team went at Tahiti,  there’s plenty to get excited about;  Trestles offers the elite tour surfers the closest possible conditions to a surfers’  playground and we’re about to see some top-shelf,  high performance surfing take place.  Let’s get picking…

I won’t go over my 3 rules of team selection in detail again,  but if you’re interested you can go back to my original article here, or visit my Fantasy Surfing 101 guide here.  All you really need to remember is that the draw,  forecast and surfer’s form should all be equally considered.

People like to stand out from the crowd,  especially if it means success.  Aritz and Bruno were excellent values last contest,  and Kerr surprised everyone.  I jokingly referred to the dark horse picks as Hiroto Ohhara Picks last event,  however with Hiroto being added to the draw as a wildcard,  I’m guessing that term could just be confusing.  These surfers are all owned by less than 10% of all players (at time of writing)  and could well be worth a look:

Tier A:  Josh Kerr (1%) – If form counts for anything, then Kerr deserves more than 1%.  He doesn’t have the easiest first round heat,  but could certainly surprise everyone with a decent showing.

Tier A:  Jeremy Flores (1%) – That’s right, the winner of the previous contest is being given the cold shoulder here.  You may argue that Tahiti is very different from Lowers,  but Flores took 2nd  at this very venue only 4 months ago at the QS Oakley Lowers Pro.  This guy screams sleeper.

Tier B:  Taj Burrow (7%) – Taj isn’t exactly in the form of his life,  but he does have the 3rd  highest heat average overall for this event and he did win here 2 years ago.  Your call.

Tier C:  *Edit:  Banting is now OUT, replaced by Hermes.  He’s still owned by 2% of people though…

Tier C:  Brett Simpson (7%) – Not really.  I was just checking to see if you were actually paying attention.

The draw for this event has switched more than Buttons Kaluhiokalani.  The list below represents the current heat draw (as of writing) with the Surf-Stats projected points added to each of the surfers:

*Edit:  Changes to the heat draw after Banting and Smith’s withdrawals are in bold

If you were to use this data in isolation, the following conclusions could be drawn:

This team has a monster projected score of 877.39.  It also includes some quality options like Toledo, Florence and Wilson (who just dropped a great video showing some Lowers credentials while in Bali).  However,  it also has two clashes (Wilson vs.  Zeits & Burrow vs. Bourez), meaning that it doesn’t really stand up to the ‘no clash’ test.  The good news is that by sacrificing Zietz for Medina and Bourez for Pupo you only stand to lose 6.73 projected points.   *Edit:  Burrow and Bourez no longer clash,  making the team fairly solid according to the draw.

The WSL fantasy Surf-Stats Numbers team will be running with these 8 surfers (even with the clashes) in the Surf-Stats Clubhouse group,  so you can test your own picks against the numbers men (there’s more about how to sign up and try your hand at beating this team at the bottom of the page).

I may have had a mediocre event at Tahiti,  but I still managed to snag a few decent surfers and 53 spots.  My team for Lowers will be as follows:

Toledo – Toledo is virtually a must-have here.  A ballsy player would avoid him in the hope of predicting a sleeper,  but I’m not that player.  Lock him in.

Slater – Kolohe is at his home break and comes out with a better projection than Slater,  but since he made my blacklist with an underwhelming 17.47 at Tahiti,  Brother was never going to be an option.  Slater has a great heat total average,  a good run of form and a desire to prove himself in the high-performance stakes.

*Edit – Slater now has Jadson and Payne in his heat,  making his selection even more palatable.  Kolohe is now in H8 against Kerr and Wilco.  To be honest,  Kolohe looks like an excellent Tier C option,  but Blacklists cannot be negotiated.

JJF – His ankle should be OK by now and he can push the air game as well as anyone.  Add to that some frontside man-hacks and you’ve got the potential for a great result.

Medina – He has his mojo back and should finish the year strong.  Get him in Tier B while you can.

*Edit: Parko has not sat well with me ever since I selected him.  I really want to make a bold selection in taking Melling at 2% in his place,  but I’m still not sure (mostly because Ross tipped him);  Italo could sneak in there if I get cold feet.

Taj – I know, where’s Jordy?  Well,  Jordy may still make my team,  but until I’m confident of his fitness I’ll be going with Taj.  If Jordy posts a current video of him lighting up some trestles walls,  then Burrow will need to watch from the bleachers.

*Edit:  Jordy sounds suspiciously like he won’t surf.  Taj is pretty much locked in now, especially if Bourez moves (see below).

Pupo – Miguel could well win his R1 heat and that’s almost enough in itself to get him in my squad.  There’s no standout Aritz or Santos option with the wildcards at this event,  so Pupo looks the safest for my money.

Banting – Now hear me out:  If Banting’s injury is fine,  and if Jordy is out,  then this looks to be a reasonable Tier C option.  If Jordy’s in,  then Taj would be out and Bourez could well take Banting’s place.  It’s complicated, so watch the injury hub to be sure.

*Edit:  Banting is OUT.  Jordy is also doubtful (double edit:  he’s OUT).  My prediction is that,  with Jordy out,  Melling will take his place in H5 and Bourez will move into H6,  avoiding a clash with Taj (these things happened, but it also meant that Pupo was drawn into H12).  I’m locking in the Spartan and I think that I’ll take Pupo anyway, even with the Taj clash.

There are some situations where research and statistics just can’t match the raw satisfaction that comes with an emotional,  knee-jerk reaction.  Sure,  it usually blows up in your face,  but it feels good at the time.  For that reason alone I have been running a Blacklist every season;  screw me over or abuse my trust and you’re on the list,  never to be picked again.  The current Blacklist for 2015 is as follows:

*Edit:  I’ve scratched Parko from my team;  he’s not on the blacklist yet,  but he’s trending grey and his results here will be crucial for gaining selection in Europe.

Now that you know the team break-downs,  it’s time for you to create a team that will outclass them,  right?  The easiest way to prove your dominance is to sign up at the Clubhouse (password ‘fantasy’).  Inside you’ll find The Fantasy Wash-Up team,  the Surf-Stats Numbers Team and the teams of any other readers willing to throw down the fantasy gauntlet.  The winner of each contest will get a shout-out in the wrap-up article and bragging rights until the next event.  We are also looking at some possible prizes in the future,  so watch this space.

Lastly,  I have set up a page that links all of my articles and connects you to the WSL fantasy universe.  If you like what I’m doing then follow The Fantasy Wash-Up on Facebook and get some fantasy goodness in your newsfeed.

As always, feel free to comment or leave your team selections below.

See You in the Clubhouse, 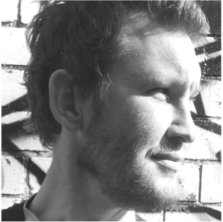 Balyn McDonald grew up on the east coast of Australia,  nourishing his passion for surfing through a diet of empty beach breaks,  Taylor Steele VHS cassettes and poor amateur competition results.  If you buy him a beer he’ll most likely bore you with anecdotes of who he thinks will win the title or list the reasons why goofy-footers have it harder on tour.  He has recently spent more time building his fantasy team than actually surfing,  a fact which is particularly sad considering he is only ranked 823rd.  His surfing/WSL tour related Facebook page,  The Fantasy Wash-Up can be found here.