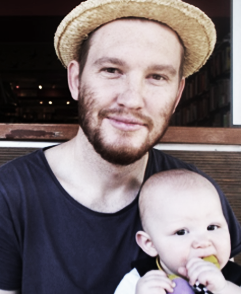 Our first Surf-Stats Featured Member Outlook comes from Australia’s Balyn McDonald, who looks to add a touch of color to our analysis.  Balyn doesn’t tip-toe around, his Outlook shoots from the hip and tells it like it is.  So pour yourself a hot cup of Real-Talk, and check it out!

I know:  another douchebag telling you who to pick for your fantasy team, right?  Wrong!  I’m THE douchebag.  Forget Ross Williams with his  “I’m sorry Micro, but I’m telling the world that I think you’ll lose – again”  soft touch; the guy doesn’t even pick 8 surfers.  Forget Jimmicane and his passion picks,  reminding the world how tight he is with his tour bros.  THIS is where you want to be.

The Surf-Stats guys have all the numbers to make even the greenest player sound like a pro,  and now they also have me – a man blessed with the sort of arrogance that only comes with ignorant self-belief.  Let’s get started…

First,  there are 3 Golden Rules to fantasy surfing.  Understand these before locking in the 8 surfers you plan on living vicariously through for the next competition.  Read them,  know them,  use them:

Got that?  Great.  Now, who to pick?  Let’s start with the smokies,  or as I like to call them,  the Hiroto Ohharas of the comp.  These guys are owned by less than 10% of all players (at time of writing) and represent a great point of difference (POD in wanker fantasy speak) from all of the other teams:

Tier B:  Ace Buchan (7%) – Another hidden gem.  I’m guessing that drawing Owen in R1 is putting people off Ace.

Tier C:  Aritz Aranburu (0%) – Nobody owns him yet as he’s only just become available,  but he has the best Tier C heat in the new draw and he has backhand tube-riding form.

At the time of writing,  the draw had some pretty tough heats to pick.  I added the Surf-Stats projected points to each surfer to give you a clearer picture of the draw as it stands:

If you were to use this data to pick a team,  the stats would spit out the following (ignoring wildcards):

This has a projected score of 801.27.  That is fantastic given the current leader Caio’s Picks is averaging a touch under 600 per contest.  It also has only one clash (Hobgood vs. Wright),  which means that the team sticks quite closely to Rule 1.  It doesn’t really follow Rule 3,  though,  with Parko and C.J.  in poor form.  Use it how you like,  but bear in mind that the draw may still change (there’s wildcards to be added and a question mark over Flores).

Finally,  it’s time to lay my own picks on the line.  The surfers below represent my current stab-in-the-dark effort at drafting a decent team,  which will probably change depending on the heat draw:

Tier A:  Owen / Kelly – Owen’s form is fantastic (although the reshuffle means that he is now in the “heat of death” with Ace and CJ) and Jimmy Slade is currently owned by less than 20% of teams.

Tier B:  Wiggolly / Ace / JJF / Gabriel – Wiggolly is my #1 dark horse for this comp and I have high hopes for him at only 13% ownership.  Ace breaks my Rule 1,  but he represents great value.  JJF was the form surfer here last year and Gabriel gets in because at this point, the forecast doesn’t look particularly ball-shrinking.

Tier C:  Kolohe / Aritz – With the new post-injury draw,  these guys get the best heats across Tier C in R1,  and they both know how to ride a Chopes monster.

That’s it for now.  I’ll try to make changes if the heat draw shuffles around,  but if you stick to the rules you should be fine.  I’ll also give a full post-contest review in a week or two,  explaining in excruciating detail how and where I went wrong.

Good luck,  and feel free to post your teams or leave comments below.

Balyn McDonald grew up on the east coast of Australia,  nourishing his passion for surfing through a diet of Taylor Steele vhs cassettes and poor amateur competition results.  If you buy him a beer,  he’ll most likely bore you with anecdotes of why goofy-footers have it harder on tour or try to convince you that the WSL were heinous bastards in not splitting the 18000 points evenly between Mick and Julian at JBay.  He has recently spent more time building his fantasy team than actually surfing,  a fact which is particularly sad considering he is only ranked 879th.

You can find more Fantasy from Balyn on his Facebook page:  The Fantasy Wash Up