We’re less than a day away from the new season, but we’re still awaiting finalised heat draw and wildcard announcement from the WSL. Obviously we’ll update this page as news comes to hand, but here’s what we know so far:

Nat Young – IN as trials winner

A few people said that Nat would be back after he fell off tour last year. What they didn’t mention was that he’d be back immediately. Nat isn’t your typical trials winner in that he knows the tour, knows the event and he can obviously surf this year’s conditions if winning the trials is any indication. Few will have him on their team, so maybe spare him a thought when selecting.

Owen has already secured his first professional (heat) win since returning from injury, with a solid R2 effort at the Newcastle 6000 event before losing in R3. All reports point to Owen being in a jersey come R1 at Coolangatta, including this massive confirmation from the WSL. He looked alright here as well…

Like Owen, Bede has officially confirmed his return from injury for 2017. Bede surfed Pipe at the end of last year and has been warming up with some modest QS appearances in 2017.

We were given no reason to believe he would be missing in his home event, but it was still nice to hear the official confirmation of his plans for 2017. Not only is Mick a great value pick (cheap in FS, Tier 2 in WSL), he’s a genuine title threat now that he’s fully focused on the tour.

Mikey Wright – IN as wildcard

The WSL have officially confirmed the 2016 dark-horse and backside air wizard as the sponsor wildcard for this year’s event. He is apparently firing on all (V8 Commodore) cylinders after recovering from surgery last year and he looks a good, cheap option again this year.

It’s tough. Maybe it’s best just to look away and go with your gut… 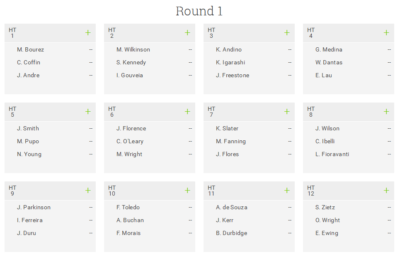 While you’re waiting and deliberating, check out our sortable stats and projections for the QuikPro here or our contest overview here.