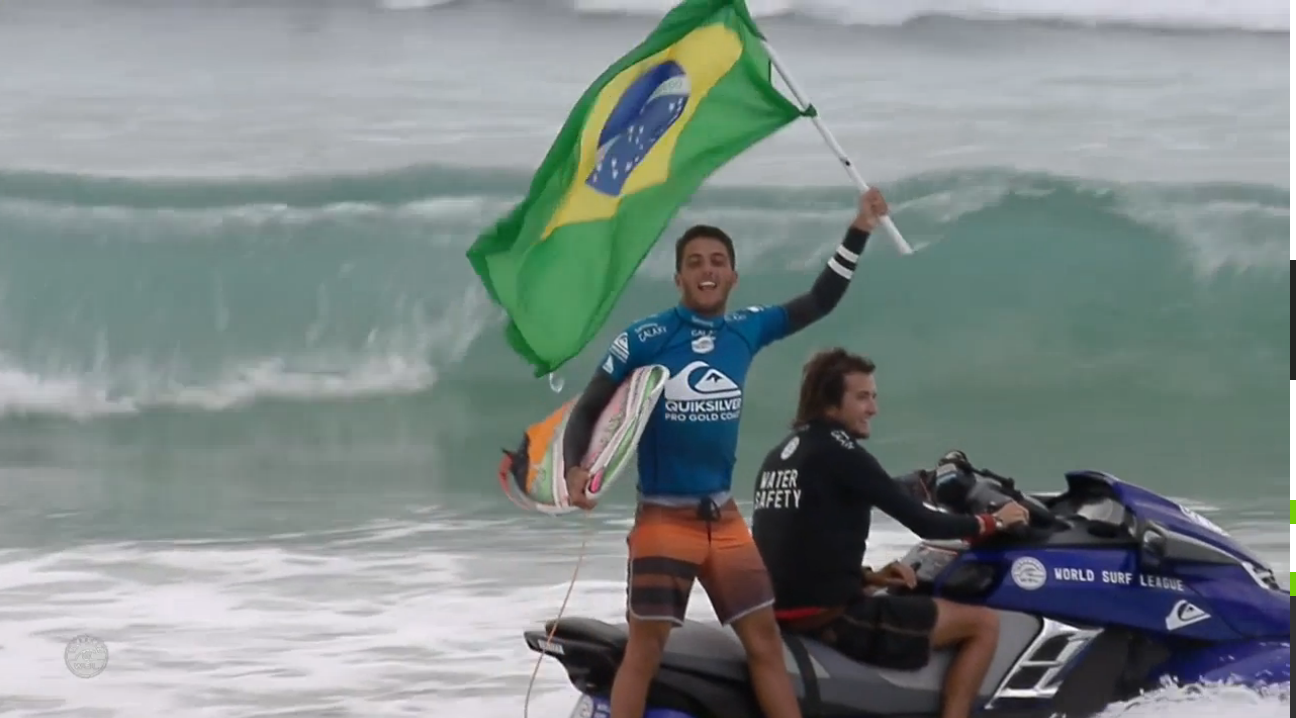 Congratulations are in order for Filipe Toledo on his first SA, FA and W at the CT level.  What a monstrous event for him and Brazil, who made up 3/4 of the SF contenders.  We knew Brazil would be good, but this good?  The F performance that Toledo put on was a statement.  2014 was Medina’s year, and 2015 is Brazil’s year, maybe even Filipe’s – so far he’s the world’s number one.

Carissa Moore leads the Women’s CT in first place after a dethroning Stephanie Gilmore to take Gold Jersey.  She has a great shot at keeping it, too.  Here’s a breakdown of Carissa’s past performance from 2011-2012 at Bells Beach, the next tour stop:

…..with two wins in the last two years.  First of all, lock in Moore for Bells, she’s on fire and has dominated this spot in the last four years.

Toledo?  Well here’s what his numbers for Bells look like over the last two years:

Clearly not the powerhouse that Carissa Moore is, but consider this: in the last two years Filipe has only one CT SF to his name, a 2013 loss to Gabriel Medina in France.  Yesterday he blew minds by handing Julian Wilson a perfect-10-induced loss at event #1.  He says he’s been training, well Filipe, loud and clear.

Look to see who we project going bit at bells in our next post: 2015 Bells Projections – who to start!