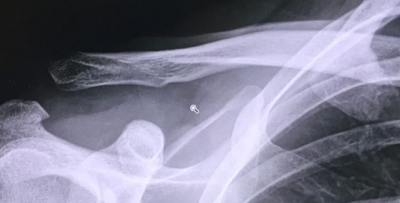 Julian Wilson made me look like a bit of a fool this past week. I won’t go too far into self-pitying details, but I think I can sum things up with a single line from the Outliers section of my GC contest preview:

Who honestly thinks he’s going to compete? Sure, it’s possible, but I wouldn’t risk my team on it. – Some Hack Fantasy Analyst

It turns out that, by not selecting Julian on my team, I was risking my team. A simple exchange of JJF for JW would have netted me a few hundred (maybe thousand for the WSL game) valuable places on the fantasy game leaderboards.
There was a lot to celebrate about this event: rookie break-outs, Kirra, 10s, a building cyclone swell, refined judging, no lay-days. It was a solid start to the season. What stood out most to me was the fact that the WSL seems to be pushing full-steam-ahead with is agenda to make changes. So far, we’ve seen:

Add to these the official wave pool event, the newly-announced Founders Cup and the hotly rumoured WSL air tour, and things seem to be moving very fast indeed. I’m all for improvements, (I honestly think they could do the same thing to R1 as they did to R4), but I wonder how many more changes they plan to throw at us before we start craving some consistency.

Lastly, I can’t mention the event without mentioning the mind-blowing surfing that was taking place up the bank at Snapper while the contest was moved to Kirra for finals day. Most people would have seen Parko’s bomb by now, but anyone on Instagram would have seen enough footage from the day to make them question whether the WSL made the right call. At this point, it’s academic; Kirra produced some great waves and the contest was a success. It does make you wonder though…

At least Mick, Joel and others had a quick means of forgetting their losses.

Who knew he was going to have the tenacity to compete with such a restrictive injury, let alone just after having witnessed the birth of his daughter, let alone fucking win the thing? I think we can all agree it wasn’t me.

He was reportedly driving down from the sunshine coast at 3am each morning, with a dodgy shoulder, just so he could be at home with his wife and daughter each night. It’s the greatest overcoming-the-odds victory in surfing since, since, well… since Owen Wright won this very event last year, after overcoming a seemingly impossible injury and having just become a father. Weird. Will Slater have another child and take out Snapper 2019?

I’m not sure if Julian bought a gift for the contest jetski crew, but he certainly should have; there was no way he was winning that contest without their help. The every idea of paddling back out several times in 30 minutes against the superbank sweep with a ruptured AC is ludicrous, and that’s without taking duckdiving into consideration. Make no mistake: jetski assist made Julian’s success possible; his talent did the rest.

A final note on Julian’s win: these past two seasons, Julian has dropped a video clip prior to the QuikPro that was so incendiary that fantasy players were all but forced to select him. He rewarded them with a 25th and a 13th respectively. This year he stayed tight-lipped about his chances of competing, lowered expectations considerably, and then goes on to win the damn thing.

The other big news is that Julian has a big lead on his major title rivals with this result: Filipe and Owen (5th) have an even larger gap between themselves and JW, due to the new WSL points system (4745 points compared to the usual 5200 points). Meanwhile, Medina (13th), Jordy (13th) and John (25th) are all starting the year with a throw-away.

Lakey is the first surfer in a decade to break the Steph/Carissa/Tyler stranglehold on this event. As with Julian, Lakey’s result is compounded against her rivals’, with only perpetual bridesmaid Sally making it past the quarters while the big 3 settled for 5ths. Lakey is definitely a contender this season.

Lakey was on fire all event and it was great to see her make amends for her loss in the final last year.

John lost his first R1 heat since Portugal 2016. He then proceeded to lose his first R2 heat since Trestles in 2015. He looked to have less energy and hunger than I expected from someone who flew to snapper specifically to test boards for 3 days before flying back to Hawaii. Hopefully this will motivate something for Bells.

Gabe has dropped a few more R1 heats than JJF in that time, but he was still off his game at this event. His interference to Leo, followed by his uncharacteristic apathy for position against Mikey were strange indeed.

The most surprising thing was that, because of the epic waves and incredible rookie performances on offer in the later stages of the contest, the early losses by these two were soon buried. As were the relatively poor conditions of the early rounds. Just imagine what these two would have would have done at overhead Kirra with half a chance.

Given the fact that neither of these two have an amazing record at Bells, it will be interesting to see how they respond in a couple of weeks.

Ace cops it a little from surf fans, on account of his conservative-yet-reliable approach. Make no mistake though; he was ripping. Guys like Italo and Filipe may have been blowing up intermittently, but Ace was surfing solid throughout. Most keyboard warriors would give their up first-born to surf that well.

A 9th-place at his swan song home event was disappointing. Not quite JJF disappointing, but certainly below-par. He hasn’t ruled out future wildcard spots though, so we may yet see a shot at redemption.

Filipe looked again to be the most-likely surfer in the early stages of this event. The big Kirra freight trains brought him undone though, and his Achilles heel was exposed. Can he overcome to snatch a title?

The 2017 Triple Crown winner surfed with confidence, maturity and a willingness to put it all on the line. It suited the new judging framework perfectly and earned him a 10-point-ride as well as a 3rd place in his debut event. I can’t wait to see more of him.

Can we just hand him a jersey and put him on tour already? Mikey just keeps getting better this year, and I truly hope he maintain his trajectory in order to qualify for 2019. Meanwhile, let’s hope to see him in a few more wildcard spots if they become available.

Rodrigues has it all. As good as Griffin was (and he was fantastic), and aggressive as Mikey can be, it was Rodrigues who stood out as someone who can consistently get results. I had both him and Griffin on my FS teams, and I doubt that I’ll take either of them off.

Barton Lynch has been dropped from the commentary team this year as a cost cutting measure. Kaipo was MIA as well. I’m all for the WSL saving money to make the tour sustainable, but cutting BL should not have been the first move. Let’s look at the line-up:

As mentioned before, the judging was refreshing for two reasons:

For the first time in a long time I’m excited to see where the judging takes us this year.

1 – functional shoulders Julian had for this event.

3 – surfs JW had post-injury, before the event.

8 – streak of consecutive head-to-head wins that JW has had against Ace.

2 – rookies that made the semi-finals

7 – surfers on tour under the age of 24 (Kolohe, Italo, MRod, Filipe, Yago, Kanoa, Griffin – from eldest to youngest)

5945 – the total number of points shed from the season with the new place allocations this year (see table below). It will increase the advantage of making a final as well as making it to R3. The total values are intriguing amounts though. Stab Magazine even ran the numbers retrospectively to give Slater a 12th title.

Best wave: Hands down, the rookie has it. Griffin’s 10 was an easy choice, with Julian’s final-opener second.

Best heat: The final looked to be a one-sided affair early on, with Julian leaving little room for Ace to sneak back into the contest. That said, Ace made it an entertaining heat through some excellent backside barrel-riding and solid turns. Buchan was only one Kirra gem away from an unlikely win.

Best Manoeuvre: What is it about club sandwiches and Snapper? Josh Kerr kicked things off 11 years ago in what was one of the greatest heats of all time at the event (yes, he was underscored). Filipe threw one down in 2015. Then Stu Kennedy used one to bury Slater in 2016. This year, it was Filipe Toledo’s turn again to nosepick his way through the under-lip reverse to steal the title.

Most impressive: Griffin Colapinto was a revelation. Impressive also were MRod, Hermes and Mikey Wright. This event was all Julian’s though, especially given the challenges he overcame.

Thanks for reading, the Bells data will start to drop in a few days!