A lot has changed in the 12 months since I last wrote this contest preview: we have a CEO (hello Sophie; I know you’re reading); contests in wave pools have become a thing; the WSL is planning to forgo a Pipe showdown in order to run a boat-trip grand final; and Willian Cardoso qualified to represent the elite level of professional surfing. It’s been a massive year.

It should be noted, however,  that some things remain doggedly unchanged: John and Tyler are still world champions; Jordy still hasn’t won a title (nor has Julian, to be fair); Potz is still the aural equivalent of American cheese (or processed cheese / Kraft singles – for international/Australian readers); Parko and Slater are still on tour; and there have been absolutely pumping waves at the Gold Coast in the lead-up to the first event of the year.

Another common theme has been Wilko making the final in the past two years, despite the stats working against him. Will he make me look a fool again? Let’s find out…

For the truly uninitiated, there is a detailed break breakdown from the WSL here, and another GoPro version with Bede Durbidge here. That said, the conditions are fairly easy to sum up: the contest is held at a right-hand point break that rarely – especially over the past few years – sees anything over 6’. The wave itself can be quite a long ride, but the judges lose sight past a certain point and most of the contest surfing takes place off the rocks at Snapper. Rumour has it that the sand hasn’t been quite right for those behind-the-rocks take-offs that give experienced and local surfers the edge, but that could change. 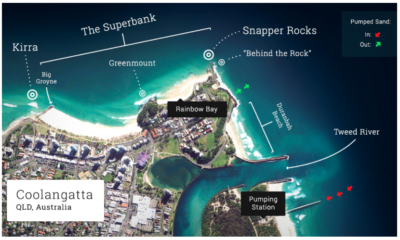 The official forecast points to a few days of OK waves over Sunday/Monday, with some potential for good (but not great/big) conditions later next week. It’s pretty much Groundhog Day for this event.

So, knowing what the conditions will most likely offer, we can look at the surfers who stand out in points, rights, 1-6′ waves and, historically, do well at this very event. This gives us our…

Mick hasn’t made it past R3 at his home event since his quarters finish in 2015, but he still has a good historical record with two event wins (2005 and 2007), a R5 average over the past 8 seasons and the best AHS at this event for all surfers over the past 5 years. Combine this with his AHS in 1-4′ waves (1st), rights (2nd) and points (2nd), and you can see why Mick is a low-risk option here.

Joel’s appeal here is consistency: he has won the event twice, he’s 2nd for the event AHS (0.22 behind Fanning); and he has the best place average over the past 8 years (even though he hasn’t won in that time). Parko doesn’t dominate the individual stats such as 1-4′ waves, 4-6′ waves, rights, or even points (he’s top-ten for most), but his metronome consistency should be good for a quarters finish at least. If it does break from behind the rocks at Snapper, he’ll be the one on the bombs.

John is the Yin to Joel’s Yang (no, not like that): he may not have a string of finals appearances, but his stats in these conditions are worthy of your consideration. John struggled with Snapper in his first 4 attempts, finishing 13th, 13th, 25th, 13th from 21012-2015. Then, in his maiden title year, something clicked. He finished 5th in 2016, and 3rd in 2017. It gives you hope, no? But such cute patterns do not make a strong statistical argument, so we add the following sweetners: John averages 1st in rights and 1st in 4-6′ waves. He also manages 5th in event AHS, and 6th in both points and 1-4′ waves over the past 5 seasons. That’s despite only winning two heats in this event in the first three of those five years.

Filipe won in 2015 and was the form surfer before he was injured in his semi-final in 2016. Last year, he gave thousands of fantasy players a headache with a 25th, and he had similarly poor showings in 2013 (13th) and 2014 (25th). I guess he’s a rocks-and-diamonds prospect if you just look at historical placings. But he’s well suited to the conditions, with AHS strengths in 1-4′ waves (2nd), points (3rd), rights (6th) and the 4th-best AHS for this event.

I was considering Pat as a contrary pick to provide a point of difference in the lower tiers, but I changed my mind when I looked at his average placing at this event: a solid 23rd, with 3x 25ths in a row. Granted, he hasn’t competed here since 2013, but two heat wins in 4 years is pretty poor.

We can’t use our stats at this event for many rookies, nor is the data we do have very substantive. You’re flying blind on this one.

It’s hard to look at form too closely after such a long off-season, but there are a few points worth considering when looking at who’s bringing the hot streak to Snapper this year

John has won every single WCT mens title since 2015 (you like what I did there?). He hasn’t lost a R1 heat since Portugal in 2016 (yes, 12 straight events). He owns the highest win % and highest AHS of all tour surfers from the past 5 years. John’s win rate in 2017 was more than 70% and his season AHS placed him close to the excellent range for every wave in every heat (7.925).

You could say he has form.

There’s a pervasive argument that a world title begins with momentum from the previous season. If that adage holds true, then Gabe is one to watch. He finished 1st, 1st, 5th in 2017, and damn near stole John’s second title. He was also second only to John John in the win % and AHS data for 2017, despite his slow start. If he can carry his 2017 momentum through the first few events of this season, we could have a budding title rivalry going.

This time last year, it was Jesse Mendes who was killing the QS and looking like the form surfer coming into the QuikPro event. Jesse proceeded to build on his momentum and qualify for the tour with several events to spare.

Now it’s Mikey Wright who has the QS by the balls, two QuikPro contests under his belt and a shit-ton to prove.

If Gabe was the hot-streak CT surfer at the end of 2017, then Griff was his QS doppelganger. Griff stormed home in Hawaii, making everyone sit up and take notice. Last year it was Connor O’Leary who converted his QS#1 momentum into a ROTY performance on tour. In 2016, it was Caio who did the same. Will Griff make it a three-peat?

Wilko’s past two seasons have been thus: smash the first half, fade in the latter. The same could be said of Owen Wright’s 2017. To be fair, Wilko’s form at Snapper is very good (as is Owen’s!), but he’s coming off another poor run of form at the end of the season. His AHS for the past 5 seasons (including the good ones) is still rather modest as well (11.13).

Did you know Filipe hasn’t won a CT heat since he won Trestles? Crazy. In all he had 5 x 25ths last year. He also had two incredible contest wins and a sit-this-one-out-as-punishment for poor behaviour.

Zeke would have been off tour in 2018 had he not had some much-needed QS success. He finished 29th in the world, behind Pupo, Wiggolly and Leo, and only won 3 heats in the 8 events after his impressive semi-final at Bells. He has the lowest Win % of all 2018 surfers who have competed for a full season or more.

While much less important when compared to conditions and form, the draw should still be a partial consideration. Having 3 surfers in a R1 heat, or worse 2 surfers facing off in R2, is a recipe for a bad fantasy score. If you want to play around with heat win and R2 possibilities, we recommend wslbracket.com as a fun way of predicting possible result match-ups. Be aware though that a single change from your expected results can alter the following round entirely.

Our R1 “heat of death” nomination for this contest is H5: Gabriel/Italo/Mikey 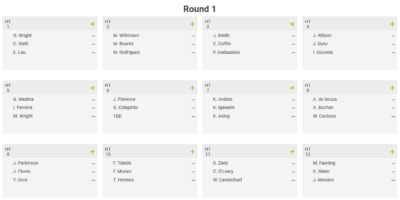 We like to offer a few suggestions that may not be on everyone’s radar. Any success that involves deviating from the popular selections will provide a huge advantage for players willing to take the risk. Since the % owned feature from the WSL and FS games are invisible until lock-out, we are simply predicting who we think will be low in the popularity stakes.

Adriano. He’s not fancy, he’s nobody’s favourite surfer, but he’s as solid as they come. With JJF, Medina and Wilko in the top seeds, ADS may just be the dark horse you need.

Caio Ibelli is consistently underrated. I’m not sure what he has to do to gain some fantasy respect, but he’s a solid sleeper option.

There’s a lot of buzz around Brazilian all-rounder Michael Rodrigues, as with Australian rail maestro Wade Carmichael. Both will probably make a few teams though, so I’m going out on a wing and calling Willian Cardoso as the surprise underdog for Snapper.

There’s always a few surfers who represent some kind of anomaly within our selection analyses. Maybe there are factors that a spreadsheet can’t detect, maybe all of the numbers point a god-awful result at this event, or maybe their recent form simply contradicts their previous averages.

Who honestly thinks he’s going to compete? Sure, it’s possible, but I wouldn’t risk my team on it.

“I still love the game but can’t find the motivation and dedication required to complete for world titles any more”, doesn’t scream competitive animal to me.

The ultimate outlier. Kelly’s stats are still great, and he was unlucky not to go further in this event last year, but… that foot… his age… his focus…

There’s only one spot up for grabs, and it will be decided in the next 15 hours. there are some quality surfers vying for the trialist spot, and you could be duly rewarded for taking a punt while other fantasy players are napping. Trials winners are always owned by a low percentage of players.

We won’t be selecting any ‘numbers’ or ‘stats’ teams at this point in the season, as we are putting all of our focus towards our own game. Rest assured, when FSS is up and running, we’ll have plenty of clubhouse options (and prizes to match).

Have you registered for Fantasy Surf Sessions yet? Here’s why you should: